Ostlea is a thriving country of magic. It was founded many years ago by people driven out of their own countries, whether it be because of corrupt government or war. As the country grew, the various temperatures and assorted areas in the country proved to help it. Some areas are blazing hot from roasting in the sun, while other areas are freezing cold from the frigid snow that descends. Then there is everything in between; jungles full of life, vast bodies of water, and caves glowing with riches such as gold and silver. Living in these areas are creatures that are just as unique-if not more than-their habitats. The creatures have proven themselves extremely helpful in the growth of Ostlea. As such, many citizens of Ostlea raise various creatures to help with daily life, or to simply just have fun with!

Creature of the Month

Frost Ryukoi spend their whole lives swimming against the current of icy-cold rivers, leaping up out of the water occasionally, and trying to make it as far upstream as they can. Why they do this is unknown, although there is a legend which states that those who successfully make it all the way upstream, become dragons. Frost Ryukoi lay their eggs in the cold, northern oceans but as soon as they hatch, they start making their way to the nearest river. An adult Frost Ryukoi will survive in salt water long enough to lay eggs, but will need to return to its river quickly. They cannot live in warmer waters at all. Frost Ryukoi appear mostly towards the end of the year, but can occasionally be seen at other times. Frost Ryukoi reach mating maturity at 10 years old. In choosing a mate they look for the most beautiful fins and longest whiskers. After finding a mate they commence a mating dance, which involves a lot of swimming in circles around each other.


Read more!
Vote on the next Creature of the Month

The latest news from around the site, forum and wiki!

The Tales of Ostlea wiki is available in these languages:

Tales of Ostlea is proud to be a part of the Grynn's Fairy Tales network! 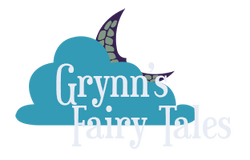 Retrieved from "https://ostlea.fandom.com/wiki/Tales_of_Ostlea_Wikia?oldid=7928"
Community content is available under CC-BY-SA unless otherwise noted.